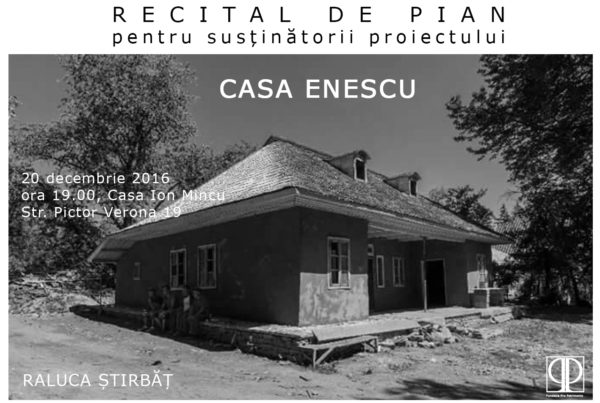 Fundraising concerts and recitals for Enescu House in Mihăileni 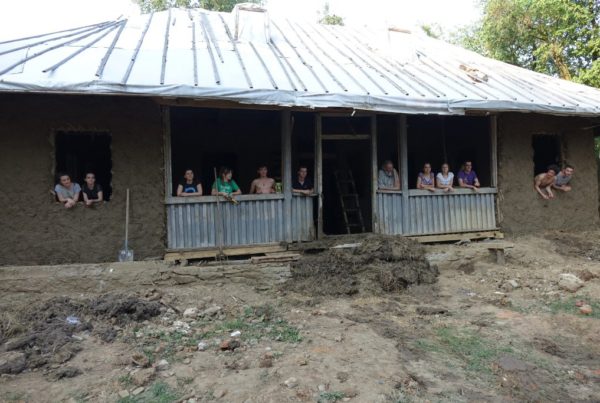 George Enescu (1881-1955) – Romanian composer, violinist, pianist, conductor and professor - is one of the most prominent musicians of the late nineteenth century and the first half of the 20th century. The Enescu House in Mihăileni, Botoşani County, is where the composer spent many of his holidays, working and composing parts of his masterpieces. It was his last home before he left the country in autumn 1946. The house belonged to his mother and was built by her parents probably between 1775-1830.

Not only does the clay brick building have memorial value, it is also an expression of the vernacular architecture of the first half of the nineteenth century. Since 2014, Pro Patrimonio has coordinated the conservation and emergency intervention process for rescuing Casa Enescu from collapsing, involving volunteers across the country, central and local community and government (Mihăileni Town Hall, Hîlişeu Town Hall, Botosani County Department of Culture, The Botoşani County Council). In 2016, the repairs to the cob filling in the walls of the house were completed.

The Enescu House will be rehabilitated by the creation of the George Enescu International Academy of Music and Visual Arts in Mihăileni which aims to be a center of excellence in the study of classical music that will promote and support architecture, traditional techniques of construction, visual arts . The academy will involve children in the area, giving them the chance to receive quality education and a cultural environment close to their homes. It will also bring together both the memorial component and musical education. It will be able to host artistic residencies, teachers, while adjacent spaces in the vicinity of the memorial house will house young virtuous students.

The rescue project of the House George Enescu in Mihăileni village has started and continues as a joint effort in which private entities, individuals and businesses, support financially or in kind every effort of restoration.

We do a debt of honor to acknowledge the support received from the office of law Popovici Nitu & Asociatii Stoica, that managed all legal action necessary to clarify the status of the house. Their work was done pro-bono as a support for our foundation and it has made possible the procedures to run it more quickly. In the spring of 2019 we have restarted the restoration working site.

In this context, we welcome the financial support received from the old Boyar families represented by Mrs. Ileana Kripp, Mr Michael Ghyka, Mr Constantin Serban Cantacuzino, Mrs Irina Cantacuzino Mr. Gregory Ghyka. With their help, we could buy the last third of the house and Pro Patrimonio Foundation became the sole owner of the monument. With their remarkable support, Casa George Enescu in Mihăileni village became the cause of Romanian boyars Ball charity event, 2019 edition.

Finishings the house Enescu are made, since April 2019, by DMG House & Building SRLLed by Mr. Gabriel Drancea coordinating local craftsmen needed for special details. Company Color Magic Sikkens Romania produced and offered us "paint Enescu" for all carpentry in the house.

We address cordial thanks to two exceptional artists, the pianist Raluca Ştirbăţ and the violinist Alexandru Tomescu, who constantly support Casa George Enescu in Mihăileni through their charitable concerts.

Details about the joint organizations involved in the rescue of the Enescu House can be found here:

List rescue activities and fundraising for Casa Enescu Mihaileni carried out during 2014-2016It is available here: 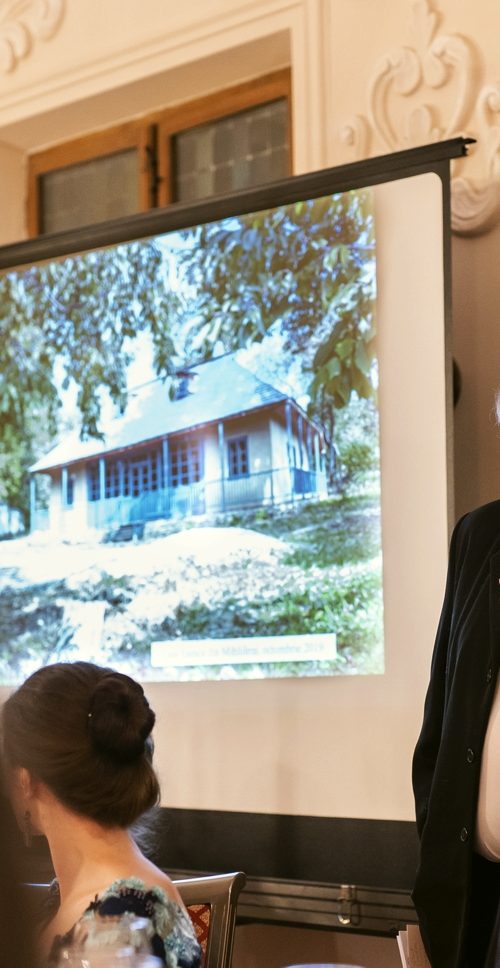 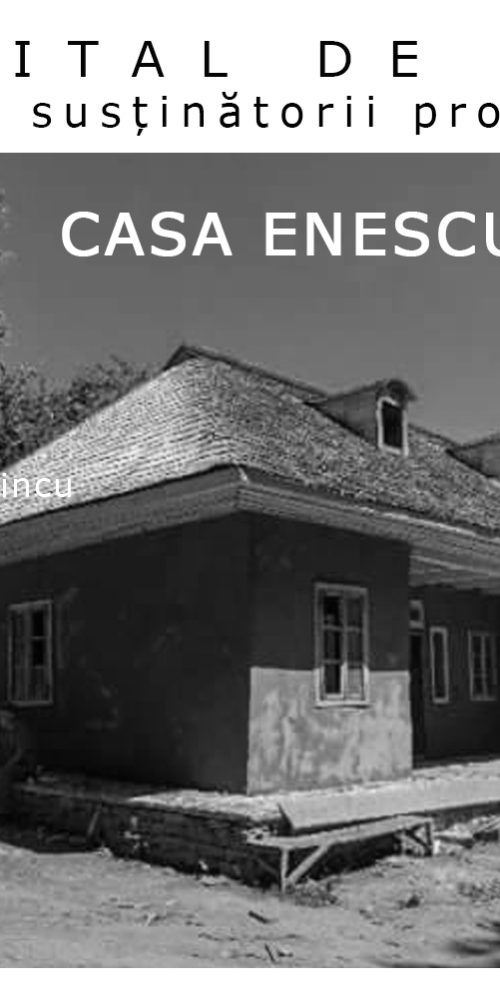 Fundraising concerts and recitals for Enescu House in Mihăileni

House concerts and recitals in support Enescu Mihăileni Since the beginning of the initiative to rescue the house Enescu intangible heritage (music) joined naturally in awareness and ...
clevers_ppadmin 0
0 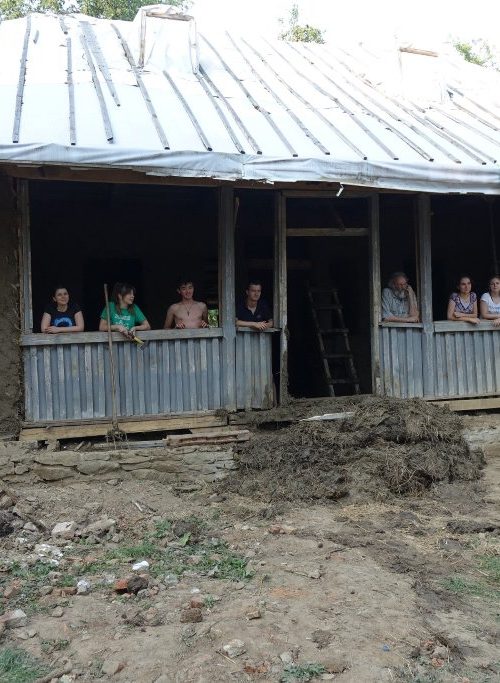 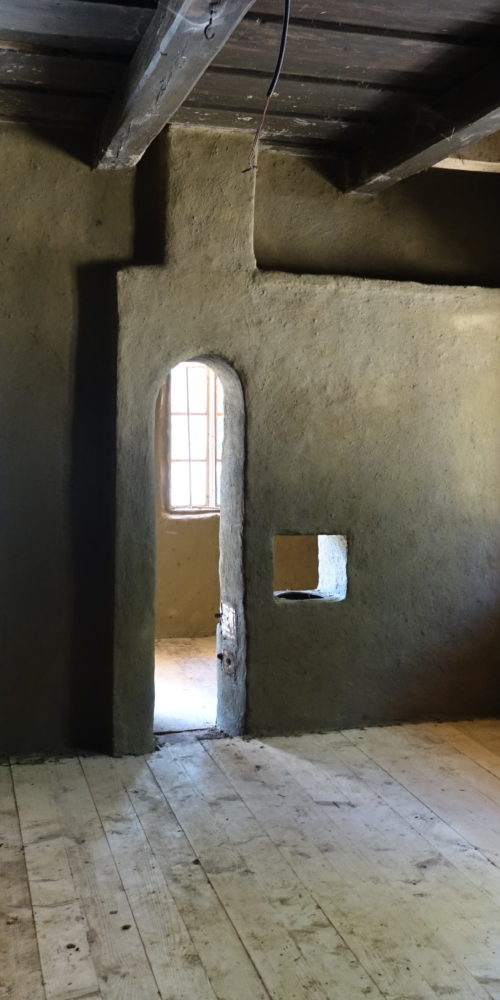 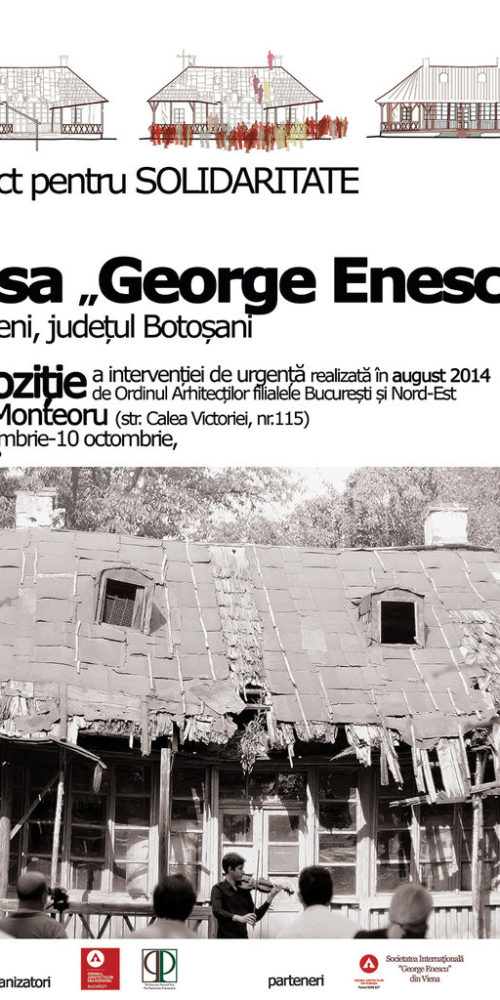 Exhibition Project for Solidarity House George Enescu Mihăileni Monteoru House in Bucharest (15 September-10 October 2014) organized by the Bucharest branch of the Order of Architects of Romania together with the Foundation ...
clevers_ppadmin 0
0
HISTORIC DWELLING 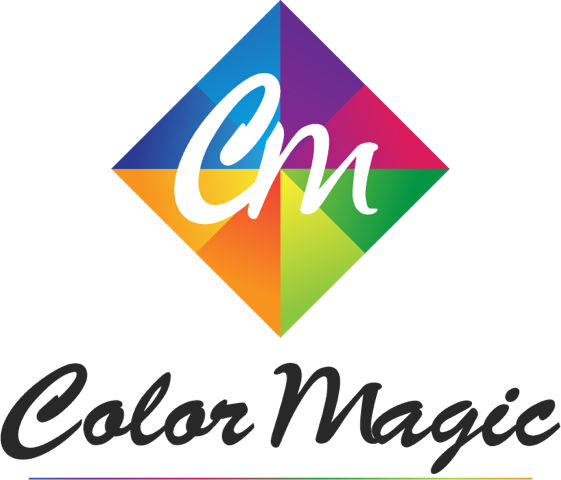