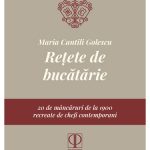 Starting from the original manuscript turned digital „Recettes de Cuisine”, after it was transcribed, translated, explained and tested, we arrived at the form of a contemporary adapted editorial product called “Recipes”, Maria Cantili Golescu. Maria Cantili Golescu’s culinary notebook contains 144 pages of “kitchen” recipes and household tips, to which she has added a final […] 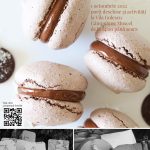 We have gathered three seasons of research, trials and experiments in the fields of heritage education, object design and last but not least of culinary experience. Maria Cantili Golescu’s culinary diary opens up a whole world of inspiration of bourgeois families in the 1900s, with spicy details of a lifestyle that naturally and playfully blends […] 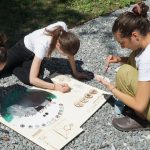 ”The story of my city” – Workshop Diary from the Enescu House

During the five days of the Heritage Caravan workshops at the Enescu House in Mihăileni together with the team of children involved we researched the subject “How do we discover and creatively tell stories about the place we live in?” We had very intense work days, but with much satisfaction at the end for both […] 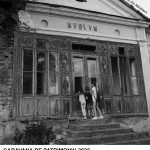 From 2 to 6 August 2022, the George Enescu House in Mihăileni, Botoșani County, will host for the third consecutive year the Heritage Caravan of the Pro Patrimonio Foundation. The theme for the five days of educational workshops is “The story of my city”. Around 20 children from the community benefit from an intensive series […] 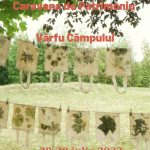 On Friday 29 and Saturday 30 of July 2022, the Heritage Caravan inaugurated a new workshop location in Botoșani County. The “Cai de Vis” Pension in Vârfu Câmpului commune hosted us for two intense days of experiments related to architecture, nature and music. 20 children from the local community took part with enthusiasm and joy […] 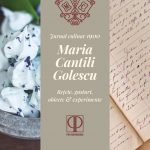 Bucharest, June 16, 2022 Pro Patrimonio Foundation is conducting a cultural, creative, interdisciplinary project in Câmpulung Muscel throughout 2022, bringing together translators and linguists, chefs and gastronomic experts, students and craftsmen, in a unique concept dedicated to the tangible and intangible heritage of the Golescu Villa. The project follows four levels: documentation, gastronomy, heritage education […] 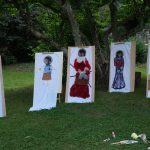 The heritage education component of the interdisciplinary project “Maria Cantili Golescu’s Culinary Diary – recipes, tastes, objects and experiments” took place at Golescu  Villa in Câmpulung Muscel during the long weekend at the beginning of the summer holidays. The group of children was extremely active and was able to accomplish the whole three-day program of […] 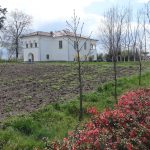 April – November, construction site and agriculture The constant, step-by-step restoration of the Neamțu Manor in Olari has been started since 2018. Currently undergoing restoration, the manor is an important landmark for the local community. Started in 2021 together with the UiPath Foundation the project “Experimental Centre for Studies and Education at the Neamțu Manor in […] 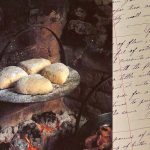 Written between 1900 and 1901, Maria Cantili Golescu’s recipe book covers a fascinating period in the history of Romanian gastronomy, as it contributes to the specific literature with culinary material from a decade from which no other cookbook survives. Cantili most likely gathered her recipes from various French, English, German and Romanian materials available during […] 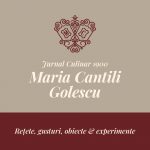 The story of the notebook with “cooking recipes”, as Maria Cantili Golescu called it in 1900, enters a new stage in our project entitled „Maria Cantili Golescu – Culinary Recipe Book – recipes, tastes, objects and experiences”, carried out during this year aims to recover these fragments of taste over a century old, to give […]