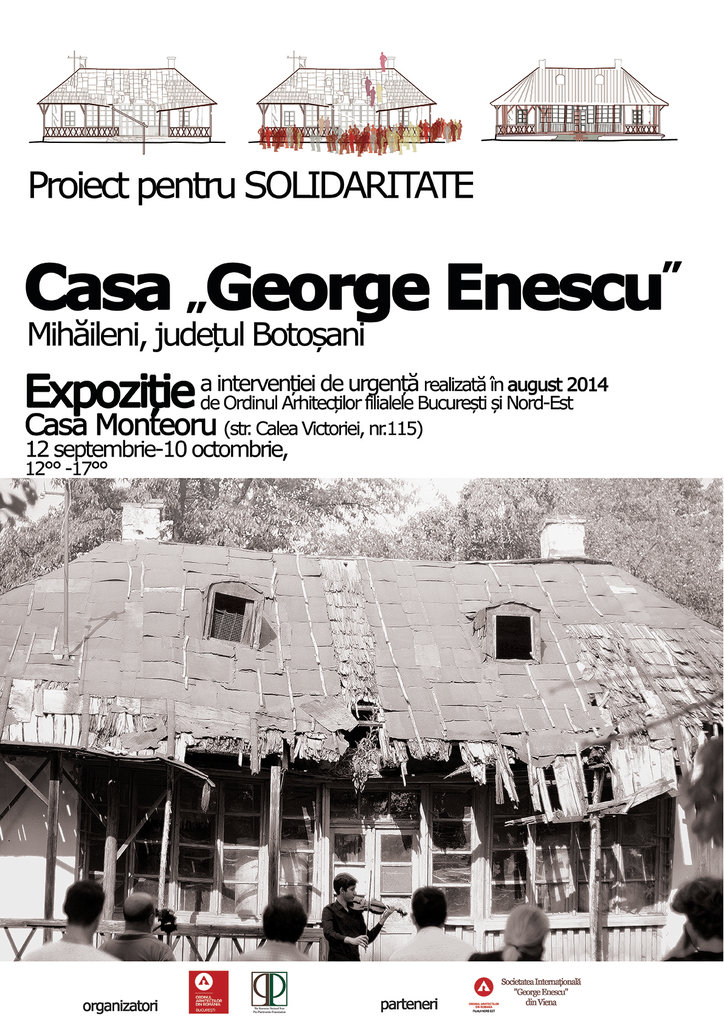 The exhibition titled Project for Solidarity, Enescu House in Mihăileni at Monteoru House in Bucharest (15 September – 10 October 2014) was organized by the Order of Romanian Architects, Bucharest Quarters, together with Pro Patrimonio Foundation and is part of the campaign for raising awareness and funds to urgently rescue the house George Enescu grew up in.

The exhibition invited viewers to an excursion in the story of a frail place filled with history brought back to life with the voluntary help of architects and cultural personalities while presenting the urgent intervention from the summer of 2014 in order to save George Enescu’s mother’s house from collapse. The exhibition was adjoined by several connex events among which the Sonoro concert from 16 September 2014 that ended the SoNoRo Conac program in 2014.