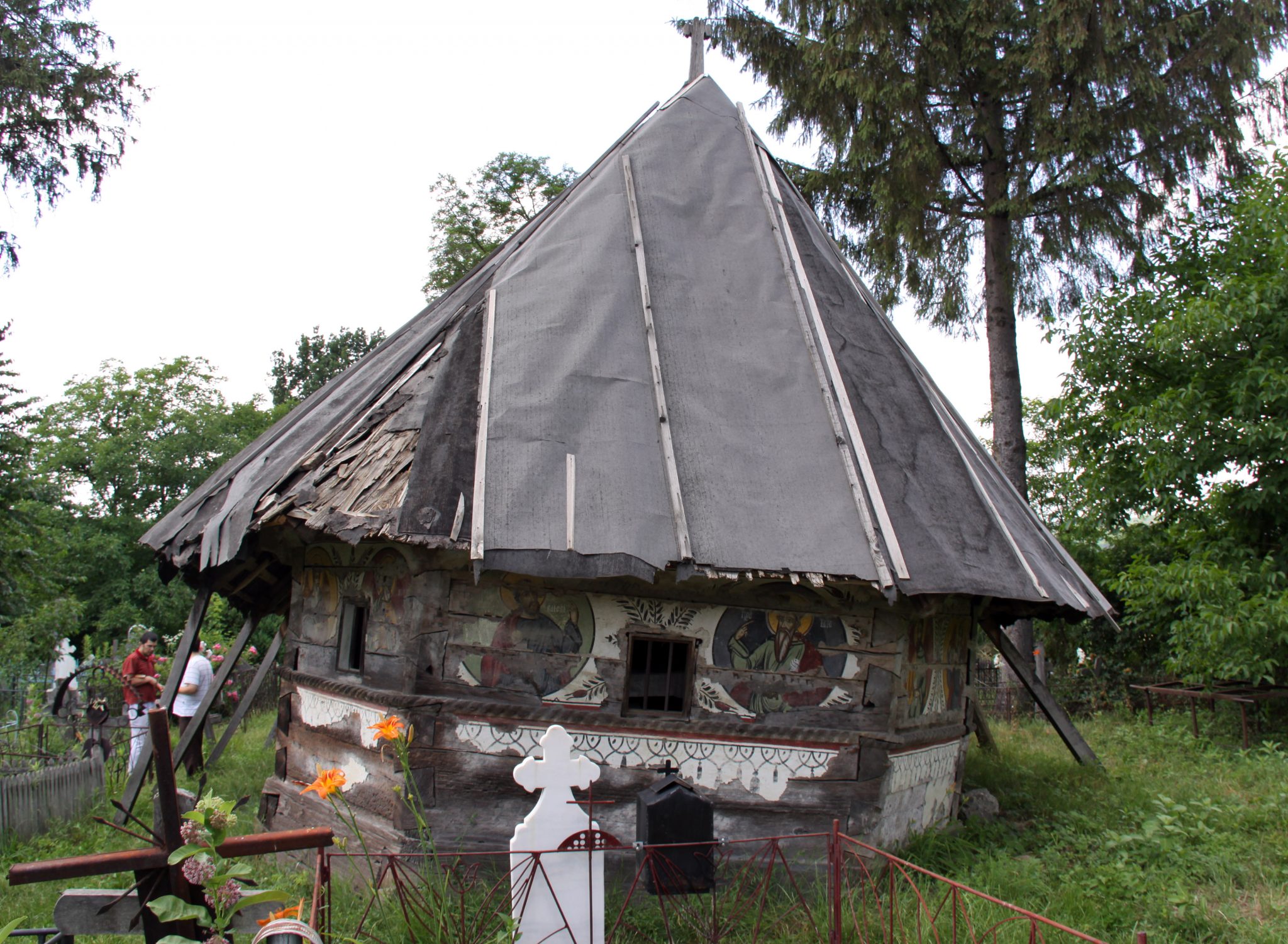 The beginning. The discovery. The first ideas and friends of the wooden church of Urși

“In 2007, after three years of field research of heritage in its various forms, I outlined a project that was meant to highlight the cultural and artistic links on the two slopes of the Carpathians, namely from Gorj/Vâlcea and Sibiu/Hunedoara. The first sequence was built around the wooden churches north and south of the Carpathians. After making an inventory of the churches in the two areas, checking the official lists against the reality on the ground (some of them no longer exist on the field, others do not appear in the list, although they are valuable), noting the preservation status of most of the churches, and the urgency of saving some of them, as well as the inability of a small group of persons to undertake such an endeavour, together with our collaborator at the time, the Dala Foundation, I further told the story of the wooden churches to Şerban STURDZA, the then President of Ordinul Arhitecților din România (Order of Architects in Romania). This has led to the development of the project entitled 60 de biserici.

One of the most impressive stories was that of the hidden church discovered in the cemetery of the village of Urși in Vâlcea, a church without a foundation, propped up so that it does not crumble, featuring a painting of remarkable artistic value for the group of rarely painted wooden churches located south of the Carpathians.

The photographer Şerban BONCIOCAT is the one who has showed it to me on one of our documentation travels for the monthly column on heritage published in the Igloo magazine, and I am grateful to him for that stop because that was the beginning of both what was to be the album dedicated to the wooden churches in northern Oltenia, and the extensive project initiated by the OAR and Pro Patrimonio.” – Luiza ZAMORA, art historian, Asociația 37

The surroundings. Value of the landscape

There are still many wooden churches spread in the hilly area at the foot of the Southern Carpathians – to the south and north. Most of them date back to the 18th and 19th centuries, some of them being even older. The majority appear in the List of Historic Monuments in Romania. It is the southernmost region in Europe, where wood and the blockbau technique (jointed horizontal beams) were used for cult buildings. The churches in northern Oltenia and southern Transylvania are modest in size, yet they preserve the authenticity of the craftsmanship and local values.

As a whole, the hundreds of churches spread in a relatively small area define a valuable cultural landscape. The similarities, but also the differences, give importance to the whole and outline the specificity and identity of the area. It is estimated that the 60-100 churches documented from 2009 to date amount to about 2000 sq.m. of mural paintings (al secco or al fresco). For the sake of comparison, the vault of the Sistine Chapel in Vatican has 1000 sq.m.

The specificity. The uniqueness

Besides the family of wooden churches of which it is part, the church in the village of Urși is located near some places that are very valuable for our identity and spirituality: the fortified mansions (in Romanian: “cula”) in Măldăreşti, Mânăstirea de la Govora (the Govora Monastery), Mânăstirea de la Hurezi (The Hurezi Monastery) already listed in UNESCO’s World Heritage list, Mânăstirea Dintr-un Lemn (The One Wood Monastery) or the Buila-Vânturariţa National Park, a site of the European Ecologic Network Nature 2000. Also, the entire sub-Carpathian area is dotted with painted crosses, which are traditionally erected at crossroads. Beautiful crosses are also erected next to wells in memory of events or people meaning something for that place.

10 years of work. Schedule of actions

Each of the ten years of working at the wooden church of Urși followed a very clear pattern: fundraising and design, a four-month period of actual work during the summer. Although this pattern has resulted in long intervention timeframes, it has proven to be the only sustainable one considering that the financial support consisted entirely of private funds from donors as well as institutions such as the World Monuments Funds or private companies.

A succinct annual schedule of works gives us the picture of a complex restoration process bringing together specialists and locals likewise.

2009
church documentation begins
the vault of the church collapses
the emergency response campaign is initiated
the protective structure is erected, and the vault is dismantled

2012
the restoration of the iconostasis is completed, and it is brought back to the village
an exhibition and a concert are organized on the occasion of the presentation of the restored iconostasis
the fresco is secured in order for structural repair work to be carried out

2013
the church is raised and new foundations are being built
the archaeological investigation is carried out (a jug filled with coins is found!)
the wooden sole plates and all damaged wooden beams are repaired and replaced
oak trees are planted with a view to secure wood for repairs required in 100 years

2014
the painting on the vault beams is restored

2015
the vault and the roof are reinstalled