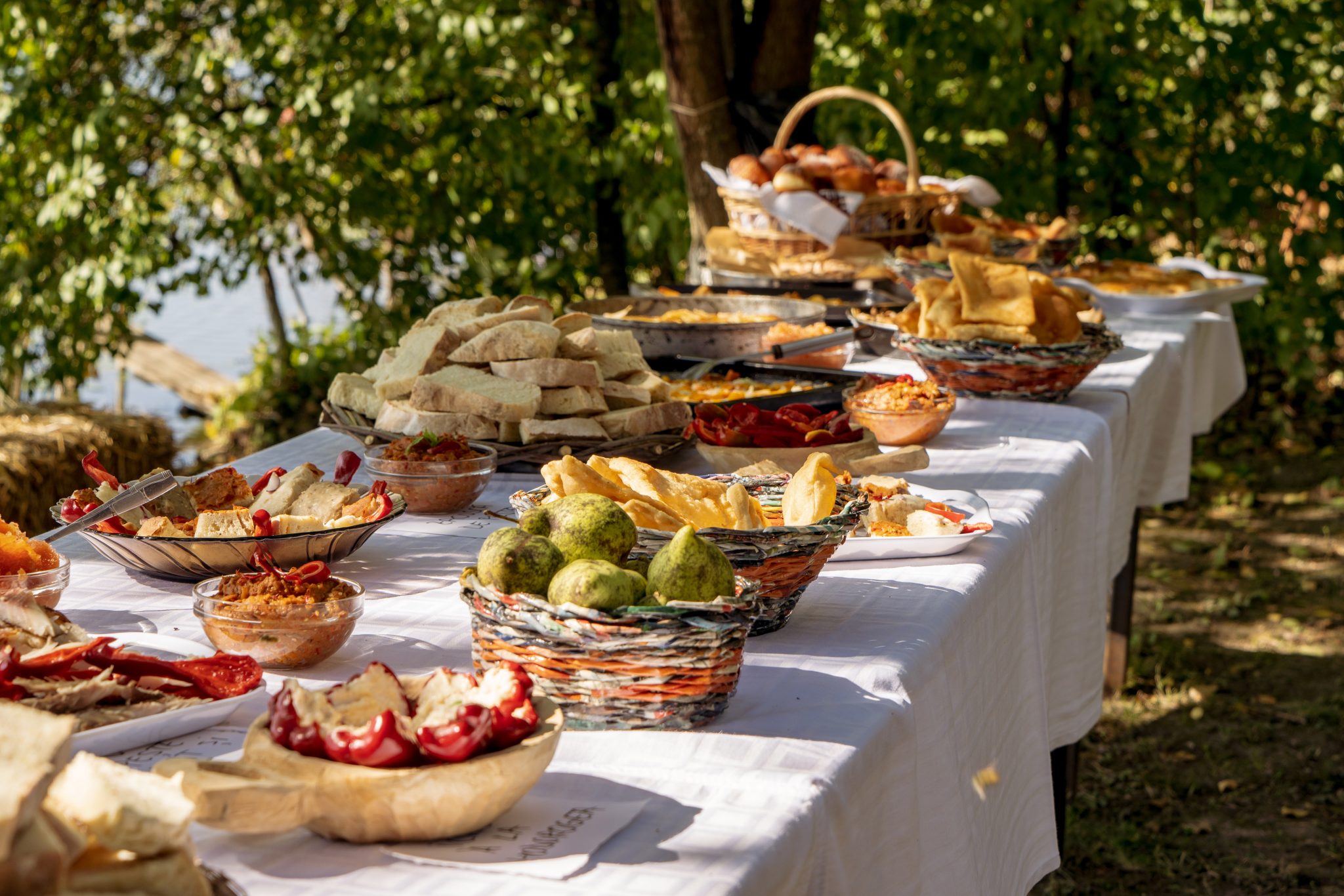 As part of a series of brunches organised south of the Carpathian Mountains, My Secret Romania and My Transilvania Association arranged for another one on the 27th of July in the garden of the Restorers’ House, no.322, Urşi village

The event set out to explore the local cuisine as a means to discover the history and culture of Northern Oltenia.

16 courses prepared by the local community were thus sampled by the participants. A famous vegetarian dish from Oltenia called „umplutura” and made out of bread and potatoes, present during any family oder social gathering, was presented. Among other foods also: churned butter , whey cheese, curd, tomatoes with polenta (stewlike), loboda soup, kidney bean soup, sponge cake, plum jam cake with walnuts and others.

The first two hours were spent on gastronomy and the next two were dedicated to culture. The 30 guests of the community in Urşi took part in a demonstration of cross craftsmanship, offered by the village’s cross maker, Mr. Costel Amza, a pottery show by the potter Mihai Biscu from Horezu, and also went through a guided tour of the wooden church in Urşi.