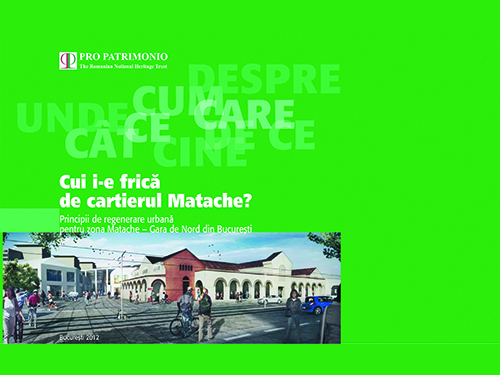 The volume represents a book-manifesto, a book-project, a book-witness of concentrated urban activism phenomenon: the Hala Matache Phenomenon (2010-present).

The book argues for an alternative solution developed by Volunteer Architects to the official project based on the Zonal Urban Plan for the Buzeşti-Berzei-Uranus Diametrala in Bucharest. The publication received the National Prize ex aequo for the book section at the National Architecture Biennale 2012.