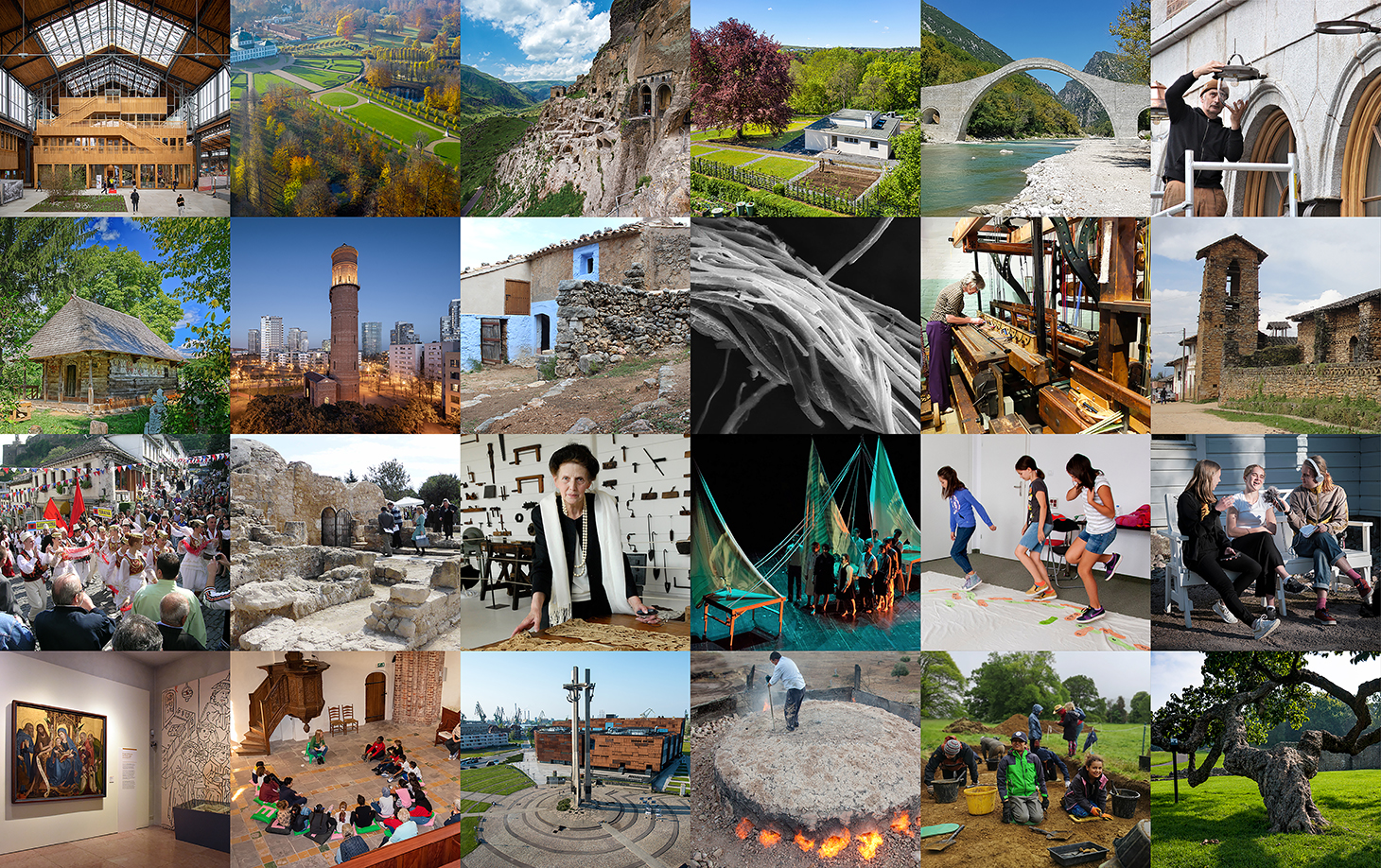 Today the European Commission and Europa Nostra have just announced the 2021 winners of the European Heritage Awards / Europa Nostra Awards, the EU prize for cultural heritage funded by the Creative Europe programme. This year, Europe’s top honour in the heritage field goes to 24 exemplary achievements from 18 European countries.

Among this year’s winners is the Wooden Church of Urși Village, Vâlcea County, (România), laureate project in the Conservation category, designed and coordinated by the Pro Patrimonio Foundation.

The Award winners were selected by independent juries composed of heritage experts from across Europe, upon evaluation of candidatures submitted by organisations and individuals from 30 European countries.

(The winners are listed alphabetically by country)

IMPORTANT: Heritage supporters and enthusiasts from across the world are now encouraged to discover the winners and vote online to decide who will win this year’s Public Choice Award. The Public Choice Award winner will be announced during the European Heritage Awards Ceremony, which will take place in the autumn of this year. The Grand Prix laureates, each of whom will receive a monetary award of €10,000, will also be made public on this occasion.

This wooden church, found in the cemetery of the small village of Urși, has been carefully restored with the close involvement of many partners including the local community. “This is the outcome of an exemplary interdisciplinary conservation of a painted wooden church in a rural setting. Made from materials from its surrounding landscape, it is of outstanding value and beauty”, the Jury said.

The main partners involved were the Pro Patrimonio Foundation, the Art Conservation and Restoration Department of the National Arts University of Bucharest, the ASTRA Museum of Traditional Folk Civilization, the National Institute of Physics and Nuclear Engineering “IRASM”, the National Chamber of Romanian Architects, Asociația 37 and the owner of the church, the Romanian Orthodox Church.

The project would not have been possible without the voluntary work of Urși’s community, who provided food, accommodation, access to electricity, labour and transportation, as well as the in-kind work from national and international volunteers who helped with the conservation works. The funding for the project was provided by the International Music and Art Foundation, the World Monuments Fund, the Headley Trust, Holcim Romania, online crowdfunding and the European Investment Bank Institute along with several private donors.

The Wooden Church of Urși Village, dedicated to the Annunciation and the Archangel Michael, was built between 1757 and 1784. Though it survived a fire in 1838, after which it was repaired and decorated with frescoes in 1843, the church was later abandoned following the construction of a new church in the village. On its rediscovery in 2007, the church lay without a foundation and was at risk of collapse while its shingle roof was in urgent need of repair. The frescoes, painted in the Post-Byzantine tradition with Western influences and of remarkable artistic value, faced serious decay. In 2009, the church of Urși was included in the “60 Wooden Churches programme” in Romania by the Pro Patrimonio Foundation, and thus later nominated to the 7 Most Endangered programme 2014.

From 2009 to 2020, the restoration works took place each summer following months of fundraising efforts in the preceding year. The Jury found the restoration quality to be commendable: “This is an example of vulnerable architecture and an endangered monument that has been restored fully in accordance with conservation principles, with the original elements closely examined and reintegrated wherever possible. Sustainability was also central to the project, with trees planted to provide materials for future restoration work”.

The restoration site itself was an open one, functioning as an educational space to raise awareness about the value of the church, its wooden construction technique, the fresco technique and the content of the mural iconography, icons and iconostasis.

“The conservation of the Wooden Church of Urși took place in a remote area, with limited resources and with the close involvement of local society. Over the course of the project, many opportunities for the exchange of knowledge were created. The project also led to a deeper local understanding of the value of the heritage and a sense of stewardship among the local community. This is an exemplary approach to the conservation of vulnerable buildings such as this one”, the Jury stated.

“Tenacity, consistency of thought and a relationship built around a goal might after all be one of the reasons why such a project could be promoted and rewarded in some way. Probably there are many places and many objects of this kind, rich architectures, but this one made there and intervened upon is a sensitive point as an acupunctural gesture applied to a territory and that can probably influence a much wider area and from this point of view perhaps heals a society” – arch. Șerban Sturdza, President of Pro Patrimonio Foundation.

“The restoration of the wooden church in Urși village is the result of a salutary initiative dedicated to saving a unique category in the configuration of European rural heritage: small Romanian wooden churches painted in fresco. Respect for heritage, professionalism, responsible involvement, assumption of site conditions, in a steadfast solidarity, a mobilizing sense of urgency, have governed the teams of young volunteers and restorers in operations whose scope and difficulty have reached surprising performances”.- Dan Mohanu, Prof. PhD, Director of the Department of Conservation and Restoration of Works of Art, National University of Arts in Bucharest, at the beginning of the project.

Discovered in 2009 in poor state of structural pre-collapsing

Budget about 132,000 Euros, only private funding

International impact and support: World Monuments Watch 2014 and The Seven Most Endangered Heritage Sites in Europe 2014