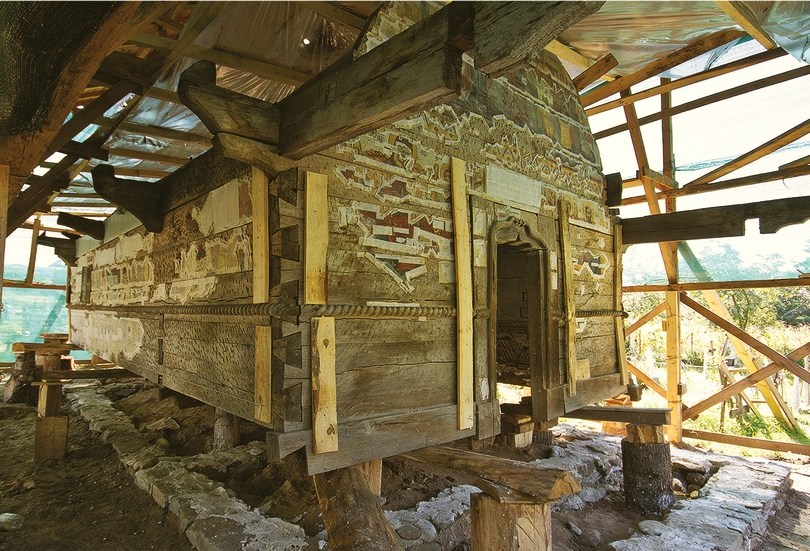 New foundations and repair of the wooden structure

It was in 2013 that the most widespread intervention was possible: the church was erected, the foundations were built, and the damaged beams were replaced and completed. For this purpose, the Astra Museum recommended a team of craftsmen from Maramures with whom most volunteers worked: 6 series of 8 volunteers (in addition to craftsmen).
For the soles on which the church was placed, 10 oaks were brought from Botosani, as the local area couldn’t provide the oak to the required size. For this reason, in the following autumn, an oak planting campaign was launched attended by the volunteers having worked during summer. 50 oaks were planted in the schoolyard and in the church neighborhood so that there should be local raw material in 300 years time.
Moreover, 2013 was the year when the Pro Patrimonio Foundation team took the necessary steps to introduce the Church in Ursi to the World Monuments Fund – Watch List program The World Monuments Fund international organization included the wooden churches in Northern Oltenia and Southern Transylvania in the Watch 2014 program as recognition of the imminent danger threatening these heritage buildings and in recognition of their cultural and economic value for the sustainable development of communities .