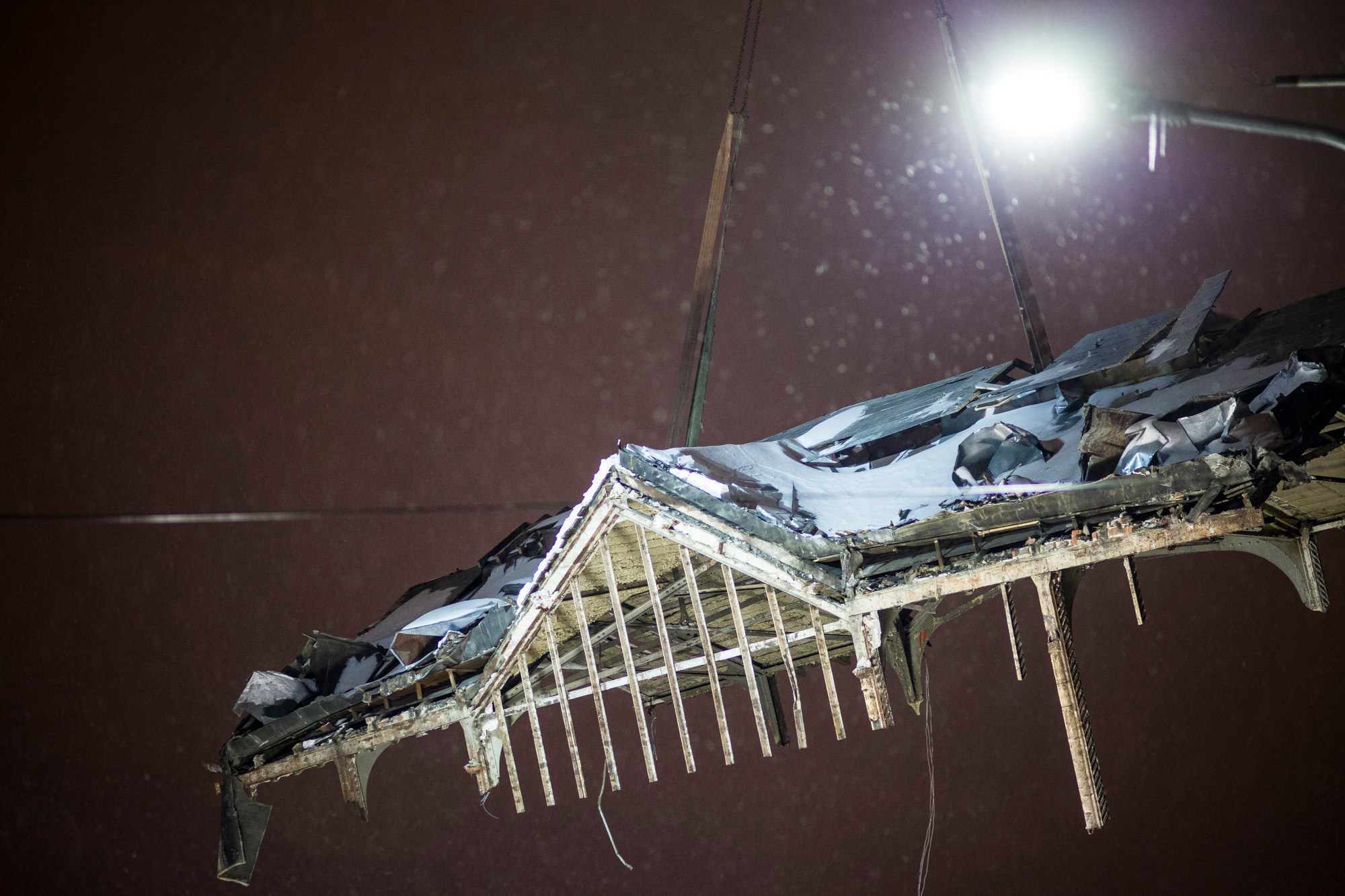 At the end of 2010, Bucharest City Hall decided to start works for the North-South Diameter, based on the Local Urban Plan for the Buzeşti-Berzei-Uranus Diameter. The demolitions have brought back painful memories to the inhabitants of Bucharest, especially through the way they were implemented (executed at night, without dismantling the valuable pieces to be reused fully or as materials, with the evacuation of the inhabitants in winter). The prerequisites for the project were fluency and increase of car traffic transit without the analysis of the consequences on the overall mobility, ignoring the complex reality of life and living in the neighborhood.

The Matache area, in the center of Bucharest, has undergone dramatic and radical changes that have left their mark on the community leaving its neighborhood and heart, the historical monument Matache Hall (demolished overnight on 25 March 2013), in a state of social and economic disintegration. Civil society actions against the demolition of historical monuments drew attention to the need to regenerate and integrate the project, to modernize streets with more complex projects aiming to revitalize urban and social tissue.

Currently, the area is abandoned by the administration and looks as a huge unhealed wound.

Pro Patrimonio Foundation has been involved in rescuing the area and Matache Hall, and suggested hands-on solutions for urban regeneration and dialogue with the administration. Two witness-lines were born.

The first is the volume Who is afraid of the Matache neighborhood? Principles of urban regeneration for the Matache area – North Railway Station in Bucharest (Pro Patrimonio 2012), a manifest book, a project book, a book witness to a concentrated urban activism phenomenon, that imagines that anyone can have an initiative and suggest solutions for neighborhoods and cities. At the time of the book’s release, February 2012, the North-South Diameter operation seemed to be far from over and there was hope for Hala Matache to remain standing (unfortunately, it would be demolished on 25 March 2013). The volume created by Mirela Duculescu was awarded the ex aequo national prize for the book section, the National Architecture Biennial 2012.

The full text of the book is available here: Matache link

The second direction is the 2016 documentary film by Dragoș Lumpan Matache. Berzei-Buzeşti ,based on an dense material. Changes in the area are captured in filming, timelapse, and photos taken between 2010 and 2016. The film includes interviews with architects, urban planners, anthropologists, and representatives of the civil society, residents and merchants in the area, former mayor of Bucharest, Sorin Oprescu, and archive images. The film provides an objective perspective on a specific urban tissue, and is an example and case study for other cities facing similar situations. The film benefited from the financial support of the National Cultural Fund Administration and received the AFCN Award for Innovation in the Promotion of Architectural Heritage in 2016.

Follow this link for news about the film and project (work in progress) Platforma Matache.