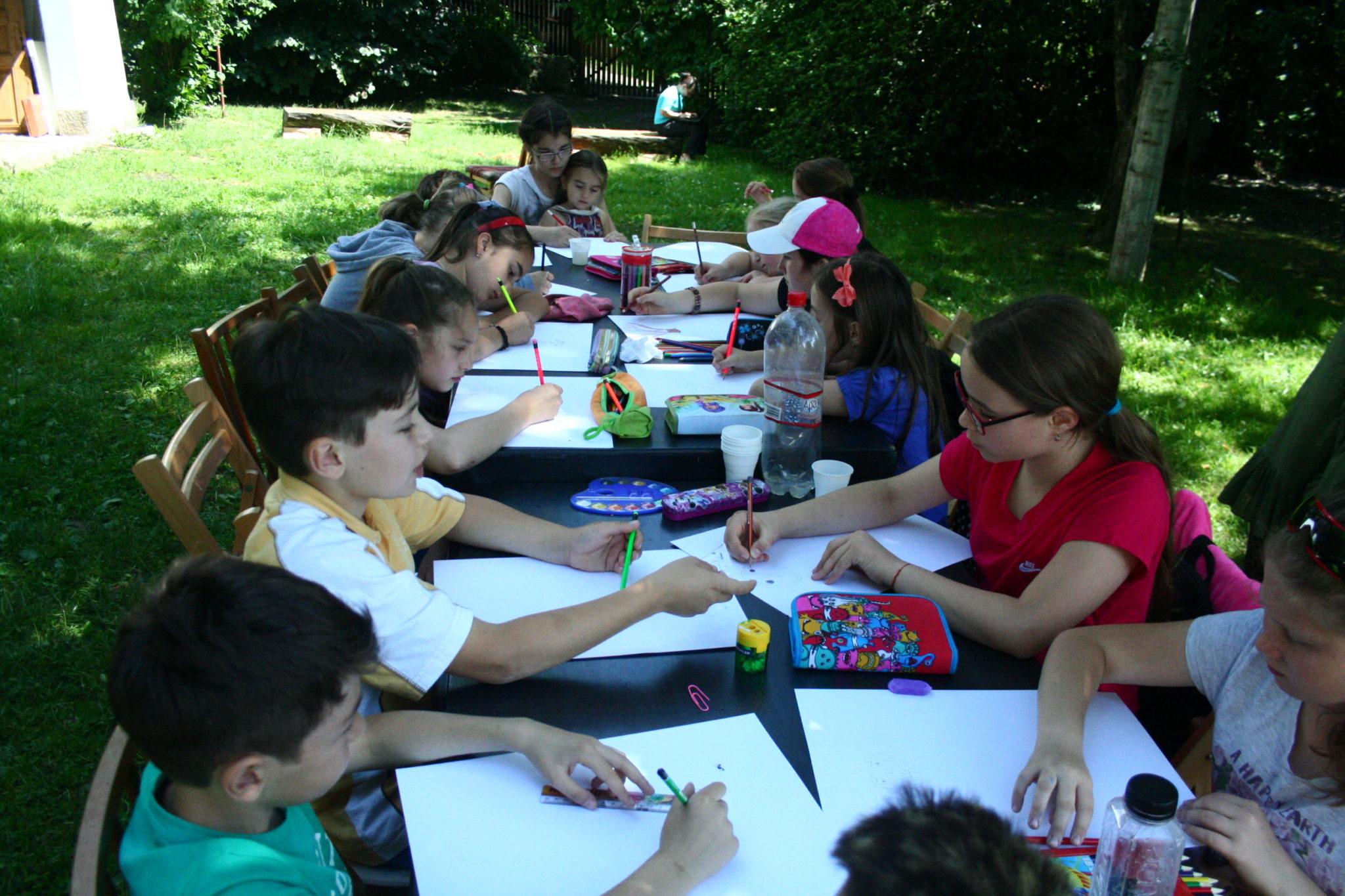 The educational workshops for children called “Ghiduş de Câmpulung” (“Coltish in Câmpulung”) that had Golescu in Câmpulung Muscel as their start point, tried to get children acquainted with the notions of architecture and heritage. Everything started from questions like: What do you think are the most interesting places in your city? How about the least appealing? Do you know the buildings that are considered historical monuments? How about the meaning of “heritage”? What do you lack in your city? What do your parents and grandparents lack in the city? What would be the community project you would start tomorrow? What are your favourite public spaces? How would you describe the setting on your way home from school?

To “playfulness Campulung” in 2015, coordinated by Arch. Alexandra Mihailciuc and visual artist Delia Popa, children learned to work in stone from a master of Albesti.

To “playfulness Campulung” 2016 children explored assembly Golescu and city images and keywords: the story of my house designed by another exchange with children in the village Izvoru (jud. Arges), home-mask, discover as imagine what is behind the facade ?, Câmpulungului map proposals and interventions to promote step by natură- as Villa Golescu media through a treasure hunt ?,, surveys and maps emotional baton drawing.

The workshops were developed by Povestașii in collaboration with Artcrowd and offered free of charge to the children of Câmpulung Muscel by the Pro Patrimonio Foundation.