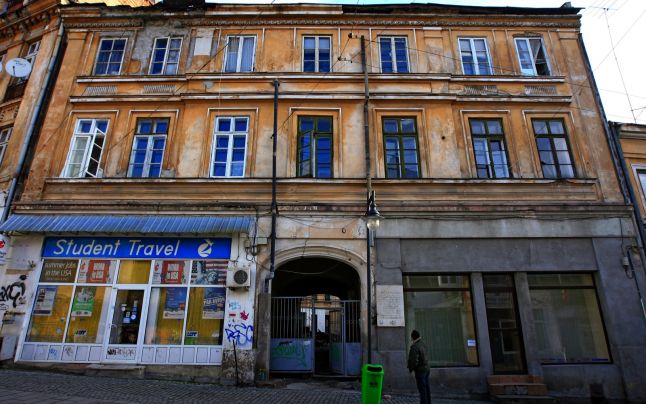 Pro Patrimonio Foundation and the Bucharest Branch of the Order of Architects in Romania together with intellectuals and cultural institutions drew attention through a public campaign sustained annually since 2013 to the state of degradation the former Concordia Hotel Hotel in Bucharest is sin, the place where on 23 January 1959, Alexandru Ioan Cuza was elected president of Wallachia after having been elected president of Moldova on 5 January. The 1852 building included on the list of historical monuments of Bucharest 2010 under no. 2025, code LMI B-II-m-B-19708, is a private property and in an advanced state of ruin despite the numerous efforts of recent years made by the civil society, intellectuals, artists, journalists and architects.

In 2013 architect Şerban Sturdza underlined that the civil society is directly responsible for the fate of buildings and historical areas because they are our common inheritance, so we can’t stand by and wait for problems to fix themselves. “The people who represent the Municipality must be forced in a direct but not discreet manner to do their job, and with regard to the Historic Center, the work is not finished simply because we can go there during the summer and have a beer at the terraces on the buildings’ ground floor. This glitter of civilization relates only to pleasure and to a dose of irresponsibility, because, in parallel, efforts necessary to keep these buildings standing are not being made. This matter of the protection of historic buildings is a big lie. We protect the area, but no house is protected, it’s absurd “he declared.