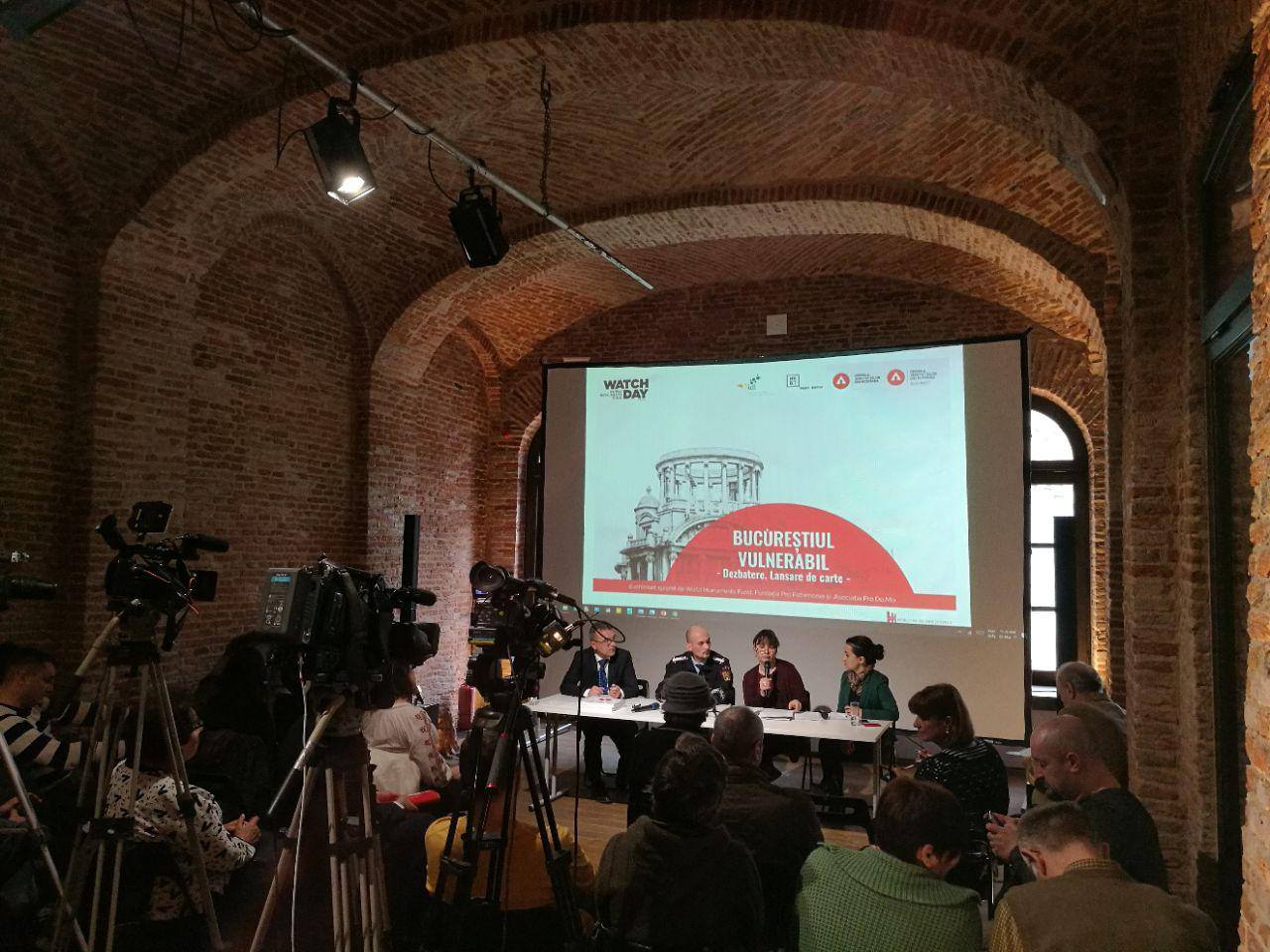 At the request of Pro.Do.Mo. Asociația and Pro Patrimonio Foundation, in 2016 the international organization World Monuments Fund nominated Bucharest among the world’s most endangered historical sites. The WMF chooses sites and heritage objectives that have international urban value and has been interested in saving worldwide architectural and cultural heritage for over 50 years.

The capital of Romania has been nominated for the category “Historic Center in Danger” on the 2016 World Monuments Watch list due to demolition or abandonment of heritage buildings, uncontrolled development and destructive rehabilitation interventions. As a result, the city has been included in a monitoring program regarding public policies for heritage protection. The imminent risk of a massive earthquake jeopardizes most of the city’s heritage buildings.

Bucharest, the European capital with the highest seismic risk, abounds, especially in its central area, in buildings with a grade I seismic risk, which implies an imminent collapse at the first major earthquake. In the case of an earthquake like the one in 1977, today’s Bucharest would lose a large number of modernist blockhouses and nineteenth-century houses that sheltering thousands of people today. The human, material and city losses would be major (see http://blog.seismic-alert.ro/).