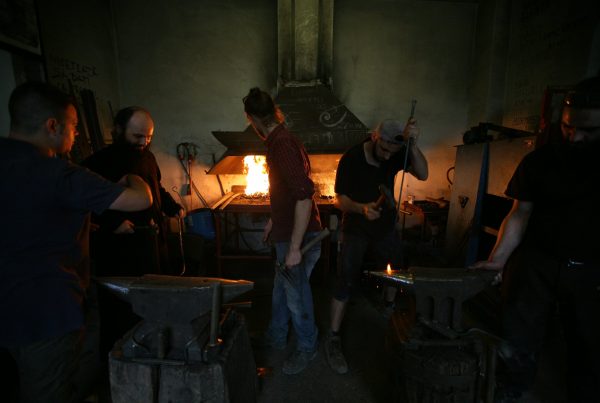 Since 2006 a cultural program called "Batem fierul la conac !" ("Hitting the iron at the manor") was initiated at the Petre P. Carp Manor in Ţibăneşti, Iaşi County. The program includes a series of workshops for traditional crafts and experimental techniques and is coordinated by Asociația Maria in partnership with Pro Patrimonio Foundation. All activities grouped around the P.P. Carp Manor make up a school for crafts designed primarily for the villagers from Ţibăneşti, but also for all aware of the value of cultural heritage and the need to pass on it to their children. The historical complex of national importance Petre P. Carp from Ţibăneşti consists of a manor, a church, a mausoleum and the auxiliary building. The dendrological park was not returned and remains in the administration of local authorities. More about the complex and program here:

The program addressed the students from the faculties of architecture, restoration, art, construction, archeology, photography, to local people, specialists, as well as those interested in the subject is an alternative to standard educational offers . The workshop is supported by the presence of the Mraz Fotopoetika School - lectures, projections and exhibitions, which poetically "maps" the activities and cultural landscape of Ţibăneşti.

"In the manor workshops we have learned not to seek universal prescriptions and formulas, but to consider each case independently, to see how important the context a material is used in is, the fact that it must be modeled properly while taking into account its properties, and allow our hands to imprint it and fill it with content, "says the organizer of the workshop, the Asociația Maria.

In September 2017, the association Carpenters Without Borders and a class of apprentice carpenters from Les Compagnons du Devoir and Tour de France in Rouen came to voluntarily restore the roofing of the Ţibăneşti ironwork shopthat had been under restoration for 10 years. The new roofing will allow us to create a new usable space. This will be an important aid for continuing the project in Ţibăneşti, in organizing courses and workshops dedicated to traditional crafts. The work process, starting with documenting how ash and oak log have been moved, studied and carved by craftsmen and apprentices, has been documented in an online workshop diary here:

Details about the workshop and craft school at the P.P. Carp Manor from Ţibăneşti 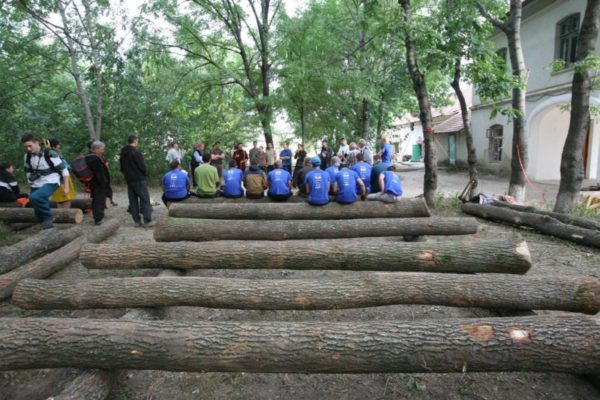 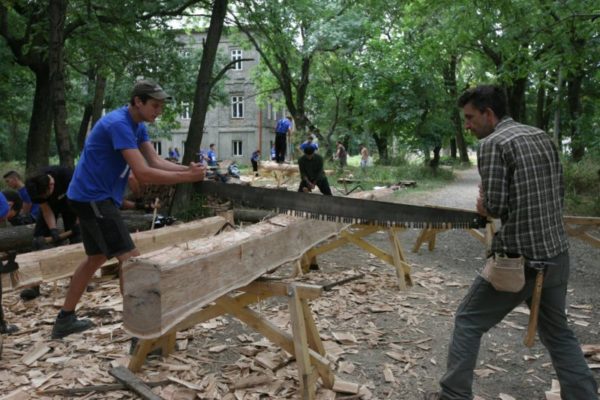 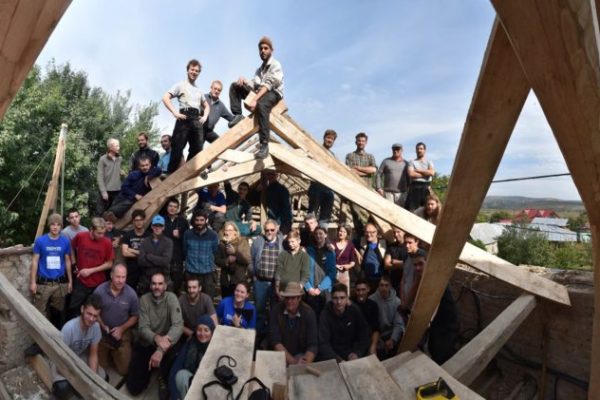 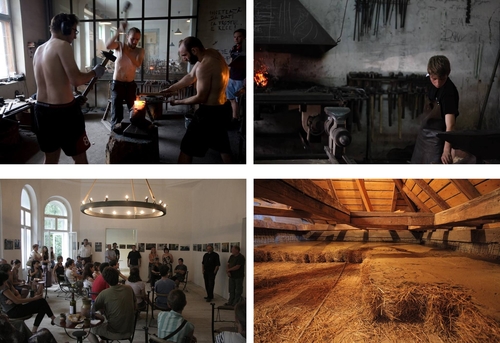 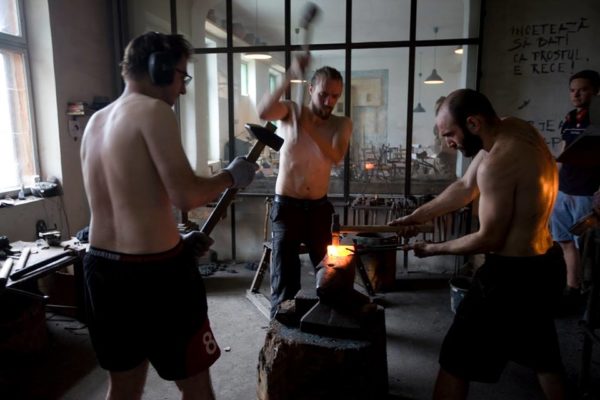 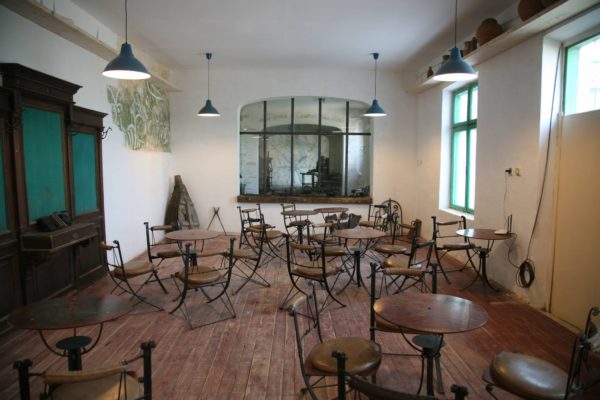