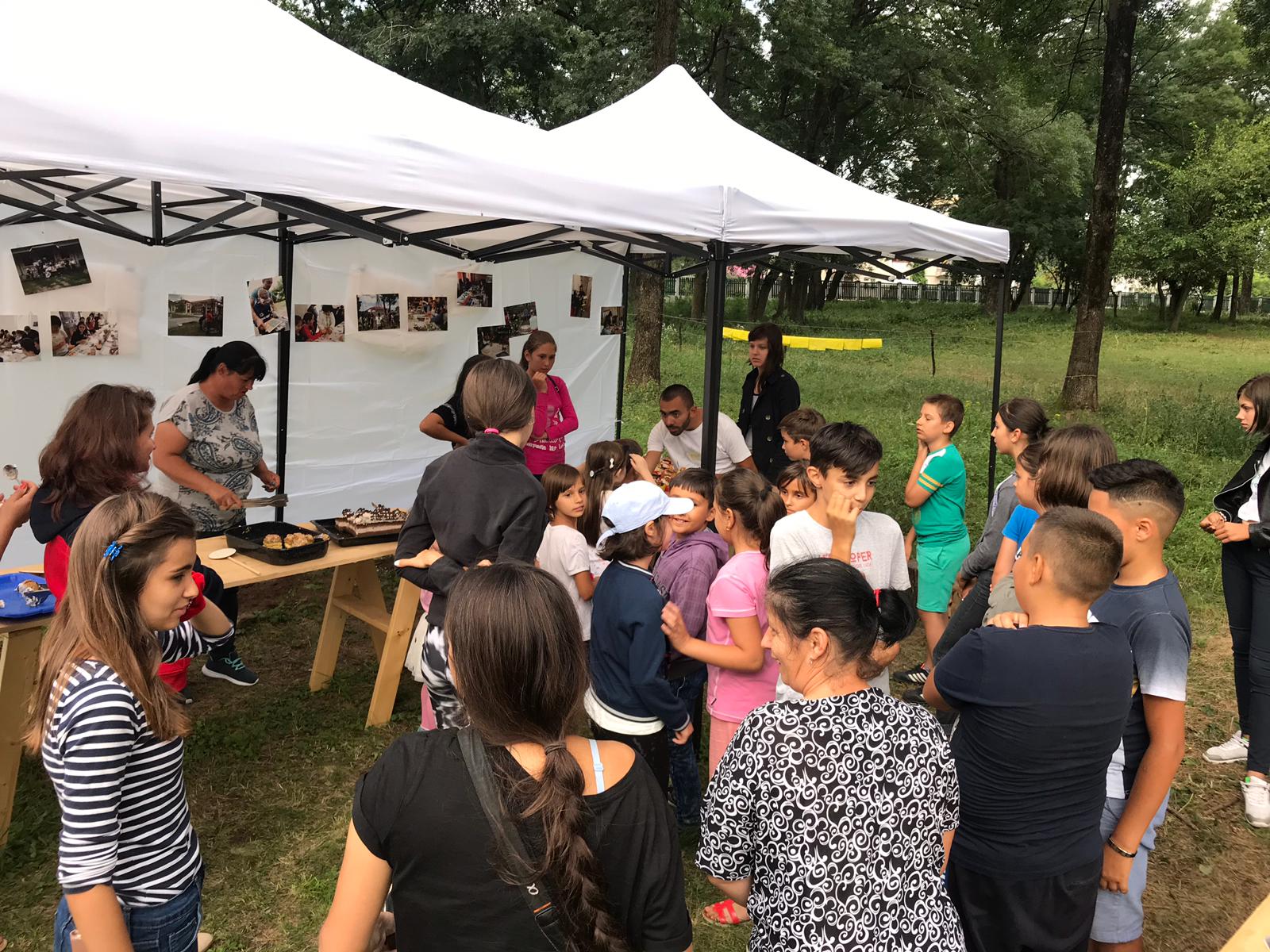 We dedicated the period between July 16-21 to community festivities. The workshops and the enthusiasm over the year were gathered in a two-day festival in each of the three communities around the heritage buildings in Izvoru, Olari and Câmpulung Muscel. The activities and challenges of all the workshops were recalled in an exhibition, celebrated festively and even supplemented with some new challenges.
The two-day program in each community included, with the corresponding customizations, the following activities:

1. The craft marathon with four work benches that creatively and usefully explored the manors’ world of interior decorations.

• Linocut engraving workshop - started from the story of the wallpaper decorated walls decorated and invited the children to create similar patterns using the technique of linocut and, in the end, printing them on satchels to be worn.

• The stucco workshop - after exploring the interiors decorated with different models of stuccoes, the children made their own decorative shapes from plaster and moulds ;finally, they prepared personalized protection bags with rich plants, whose colour and texture were fixed with Iron sulphate.

• The mosaic workshop - starting from various classical models of portrait-medallions, the children created their own medallions using unusual pieces of mosaic: painted beans

• The paper workshop - the walls can be decorated even with manual paper, which is why we did not hesitate to create our own models of recycled manual paper with decorations from the surrounding world of plants.

2. The animation-film workshop emphasised the local specific, the stories or places representative for each community, depending on the specificity of the place. The communities around Perticari-Davila Manor and Neamțu Manor benefited from the guidance of the animation specialist Andra Berilă to create two animations with the stories of the place. Original, friendly and not overworked, the animations followed almost all the stages of the specialist: identifying the story, structuring it into frames, making backgrounds, characters and component elements, preparing and frame-filming.

The community of Vila Golescu had already enjoyed a take on how to make an animation last year, and this year, together with the specialist Alin Iacob, they even managed to make a short film of a personal presentation of the Golescu villa and garden, which took the small filmmakers through very real stages of design and production: technical familiarity with the camera, the choice and argumentation of the frames to be filmed, deciding on lines, the framing and filming itself, voice recording and then editing in a specific program.

3. Photo exhibition with very diverse stances of the three workshop-destinations that brought together for all communities the overall image of the Foundation's initiatives at all three mansions.

4. A gastronomic contest addressed firstly to the mothers of the children, but equally to any interested member of the community, after which, through multiple tastings and sincere votes, the winners left home with a household item: a mixer. Salted cakes and dishes far exceeded our expectations, encouraging us to believe that this initiative could grow in the future by supporting the educational activities at the mansions in a pleasant and tasty way.

5. Film projection in the manors’ yard, in the company of the nice animated feature film ODDSOCKEATERS, broadcast in partnership with FREEALIZE.

6. Evening out in the open air, as is suitable for the end of a camp, in the courtyard of the three manors, where the brave and the curious alike not only learned to set up tents, but also used them to spend the night with the camp team. For most of the children, sleeping in the tent was an unforgettable experience, which proved to be the culmination of the small festival-workshop and which often gave rise to the question and challenge: "when will you organize a camp at the manors? .

The activities followed one another with applause, running, exploring places, picnics, snacks, happy visits from parents and teachers, lots of enthusiasm and exciting requests to repeat the experience from children and the community alike.

We enjoyed the support of the close members of the community, the help of parents, teachers and especially volunteers, Luiza Anna and Ana Maria Apostoiu, we enjoyed the culinary gifts received to complete the atmosphere, but most of all the confidence and enthusiasm received from the part of the children to continue our educational efforts, after this year, with even more expectations.

We are going to gather the experiences gained this year in an online educational guide, which we hope to be of help to with initiative and even launch a small series of educational objects and games that will tell and support in the future a part of the foundation’s activities. 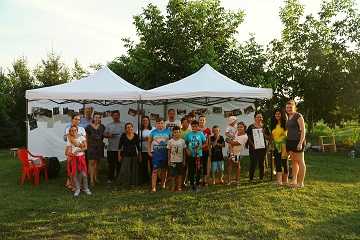 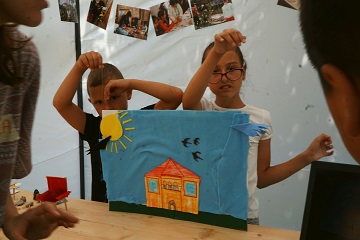 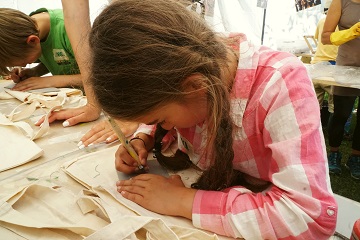 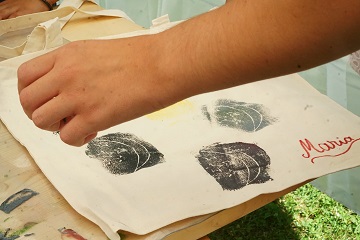 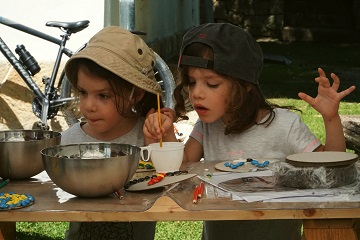 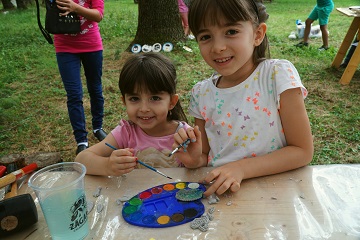 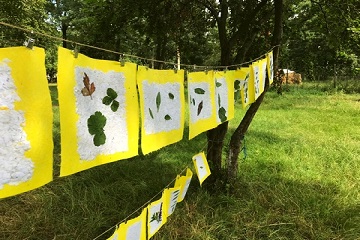 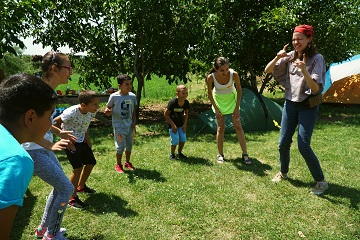 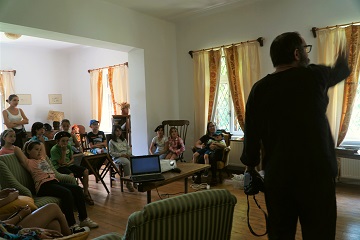 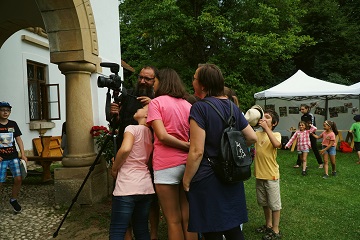 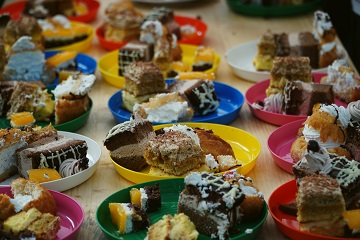 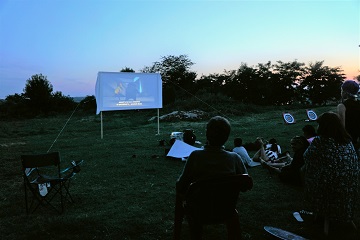